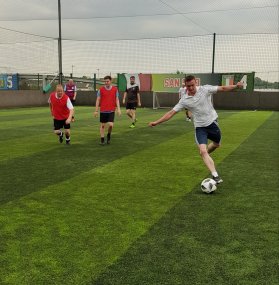 This was a successful charity event organised by Widney apprentice Cohen Harford with a tremendous £1670 being raised for Macmillan Cancer Relief.

The day wasn’t without incident with one of the Widney players suffering an injury that landed him in hospital.

Big thanks to JCB and NRS and everyone who took part and contributed, and thanks to Cohen for organising.

We’re already looking forward to a bigger and better tournament next year.

How can we develop your product?
Our objective is to deliver, find out how...